Well, here I am again, in my sadly neglected blog. I had a heck of a year, let us leave it at that. The good news - I've graduated, I officially have my Masters Degree (in Traditional Chinese Medicine) and soon I'll be a licensed acupuncturist. Hooray!

Since most of my hard work is done, I have more time for myself and, hopefully, that will translate into more writing.

On to the fun stuff!

Imbolc is coming, spring is beginning to stir in the Northern Hemisphere, and my son and I are starting to make preparations in anticipation of Brighid's visit. O is four now, and is very excited to celebrate Brighid's special day.  (We say a nightly prayer for protection, and he knows that Brighid watches over our home and helps keep him safe) I'm really making an effort to establish traditions in our home that reflect my personal practice. My husband is Jewish so we celebrate Jewish holidays; we celebrate the secular aspects of some other holidays too, like Christmas. I spend a lot of time decorating and preparing for those, so I want to make the effort in a more visible way for the Gaelic festivals as well. Decorating is part of that!

I was on Pinterest and I saw an adorable photo of porcelain sheep ornaments, but it was (as often happens on Pinterest) unsourced! My first thought was "I can make that!" ... I've seen similar concepts, usually using a paper or cardboard cutout of a sheep (or cow) body, wrapped with yarn. Simple!

I'm sure many different modeling clays or doughs would work - I considered salt dough at first (because it's cheap and if you screw up you haven't spent a lot of money), but then I found some old Sculpey in a forgotten craft box. I used 1 2oz package and got about 7 sheep out of it.

First, I drew my sheep body. I freehanded it, but there are a lot of sheep silhouettes on Google, or just print out mine (I don't mind). 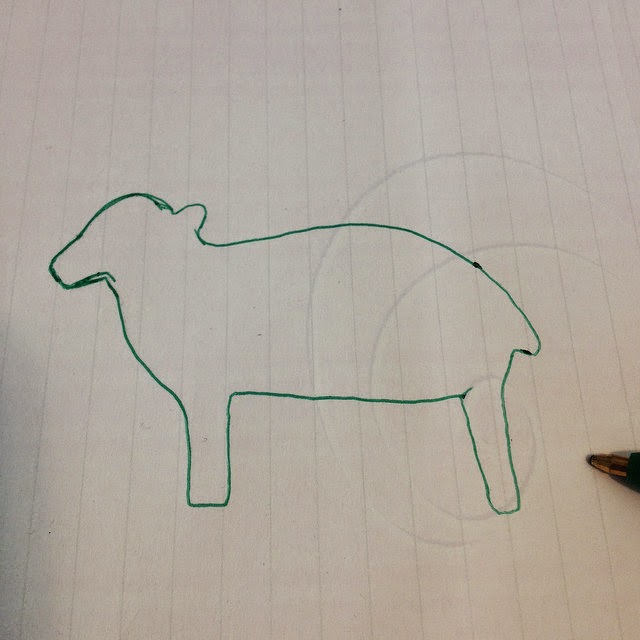 Roll out the dough to a quarter inch thickness. 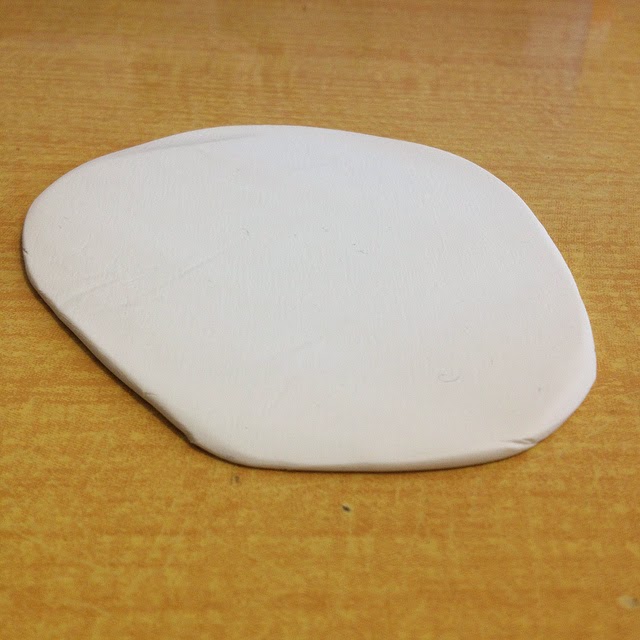 I used a toothpick to trace the outline of my sheep ... 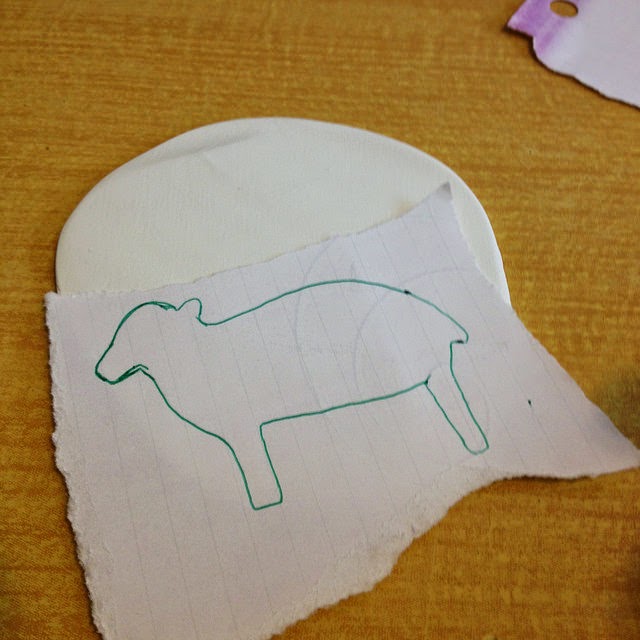 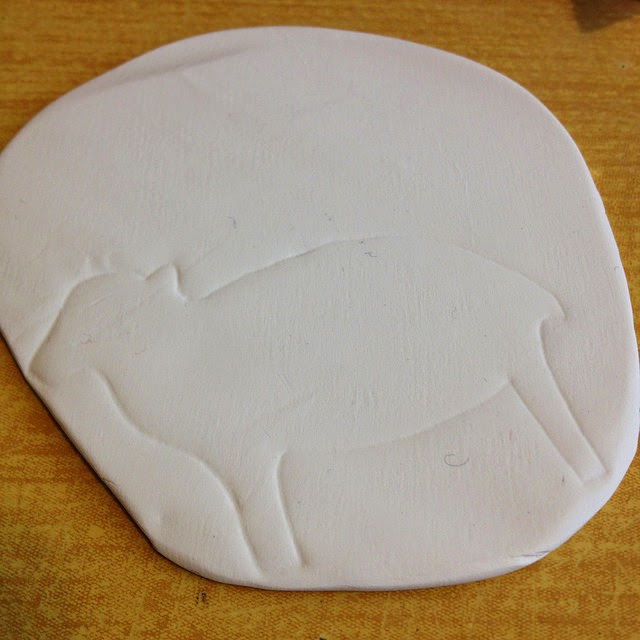 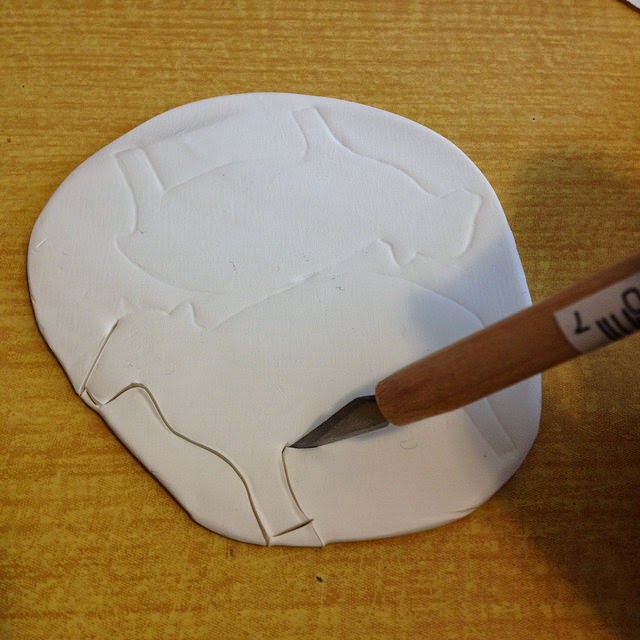 At this point I discovered it's best to roll your clay out on parchment, because once you cut the sheep and try to peel it off the table it gets kind of warped. I used my fingers to soften the cut edges, tweak any part that didn't look right, and smooth out the clay. Toothpicks make nice mini-rollers to smooth away fingerprints!

I poked a hole in each one for a string, then baked them according to package directions. They came out wonderfully! Here they all are, ready for the oven. 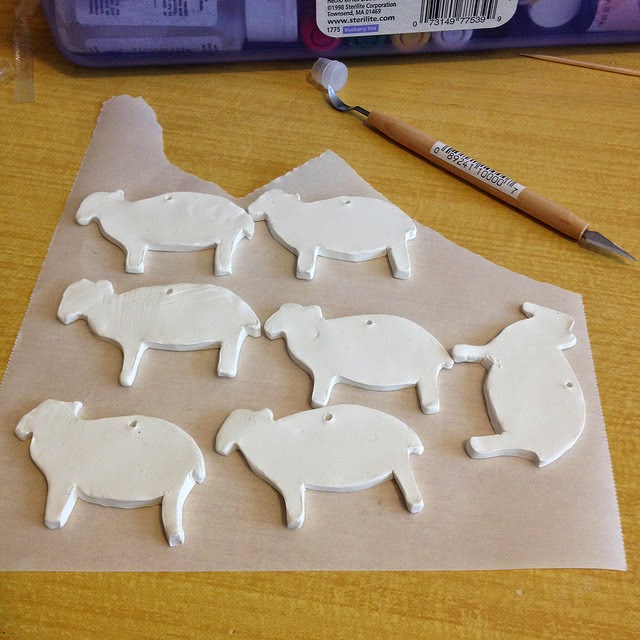 Now, once the sheep are baked and cooled, take your yarn and wrap it all around the sheep until maximum woolliness has been achieved. Tuck (or glue) the loose end of the yarn. (I had no issues wrapping around the tail, but a well-placed dab of glue could be used if your yarn is slipping off) Roving would also work for this step, but I just used a wooly yarn. 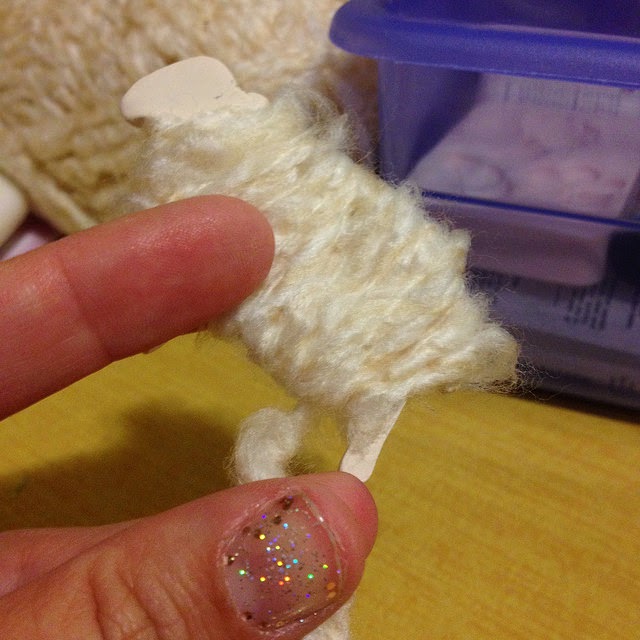 I used a large needle and embroidery floss to make the hanging loop. 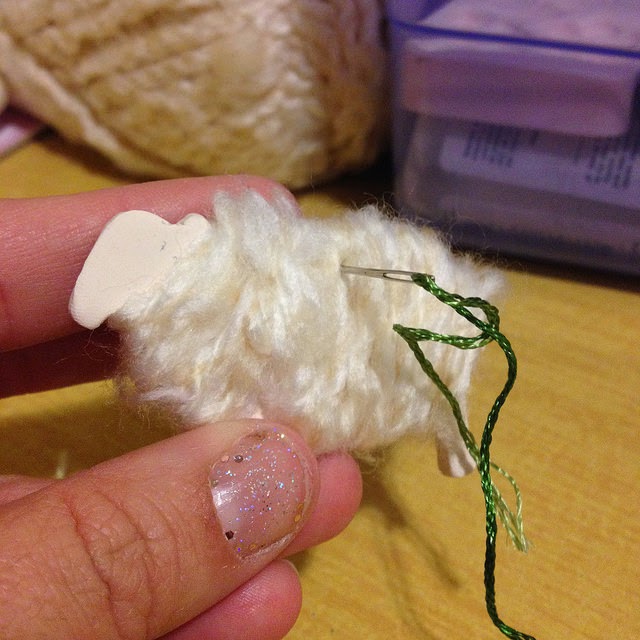 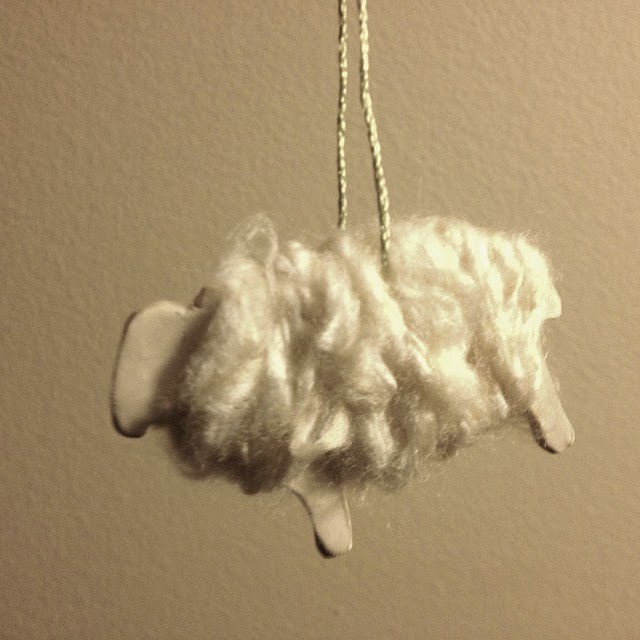 They're pretty darn cute, and definitely bring some springtime cheer! I'm going to finish the rest with my son tomorrow. 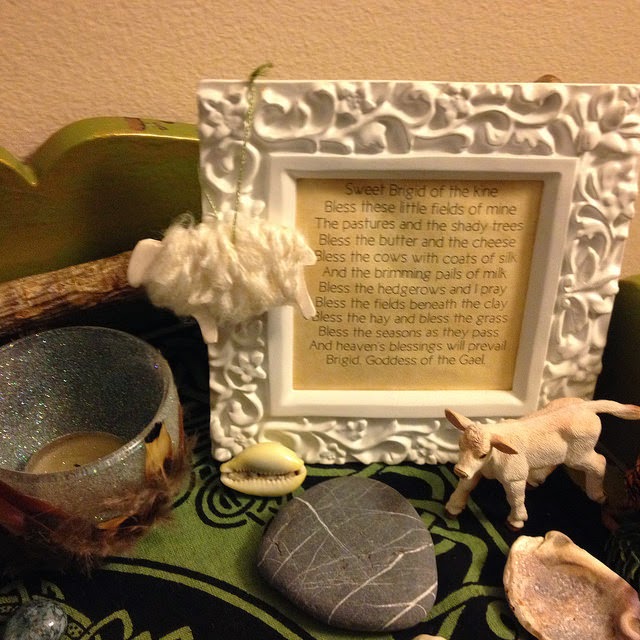